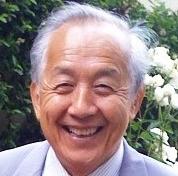 Professor Wang was born in Shanghai, where he received his early schooling. In 1951, he won a four year scholarship to Columbia College in New York City. While still a freshman, he coauthored a musical production of the Chinese legend, the Cowherd and the Weaving Maid, which was performed at the International House of New York. He went on to pursue graduate studies in linguistics at the University of Michigan, and wrote his Ph.D. dissertation in the laboratories of Prof. Gordon E. Peterson. The dissertation, completed in 1959, was one of the first studies to apply the combined knowledge of linguistics and acoustics to the problem of machine recognition of speech. Aspects of his research in this area were published in the Journal of the Acoustical Society of America.

After his graduate studies, Prof. Wang undertook research on machine translation from Russian to English at the I.B.M. Research Center at Yorktown Heights. He also held a post-doctoral appointment at the Research Laboratory of Electronics of the Massachusetts Institute of Technology, working on problems of speech analysis. He returned to teach at the University of Michigan for a year before accepting a position at the Ohio State University. There he established a Department of Linguistics and a Department of East Asian Languages, and served as the first Chairman of both.

After a visiting professorship sponsored by the Department of Chinese and Department of Anthropology of the National Taiwan University, Prof. Wang accepted a position as Professor of Linguistics at the University of California in Berkeley in 1966, and served in that capacity until his retirement in 1994. In 1973, he founded the Journal of Chinese Linguistics, the first international publication in the field, and continues as its editor till this day, with its office at the Project on Linguistic Analysis at Berkeley. After his official retirement, he served as Director of the Chao Yuen Ren Center for Chinese Linguistics and Professor of Graduate School at Berkeley until 2000.

The honours he has received include a Guggenheim Fellowship [New York], two fellowships from the Center for Advanced Studies in the Behavioural Sciences [Stanford], a National Professorship from Sweden [Stockholm, Umea, Upsala, and Lund], a resident fellowship from the Center for Advanced Studies at Bellagio [Italy], and a fellowship from the International Institute of Advanced Studies [Kyoto]. He was elected President of the International Association of Chinese Linguistics when it was founded in 1992 [ Singapore]. He is an Academician of the Academia Sinica [Taiwan], and serves on the Advisory Committees of the Institute of Linguistics [chairman] and of the Institute of Information Sciences [member].

His publications include numerous articles in technical journals, and several encyclopaedias, as well as in general science magazines, including American Scientist, Nature, Proceedings of the National Academy of Sciences [USA], and Scientific American.  His writings have appeared in Chinese, English, French, German, Italian, and Japanese.

He has contributed to several encyclopedias, including "Speech" in the McGraw-Hill Encyclopedia of Science and Technology, "Sino-Tibetan" in Encyclopedia of Language and Linguistics, and "Origins of Language" in the Oxford International Encyclopedia of Linguistics. In recent years, Prof. Wang has collaborated with biologists and computer scientists in a common search for the origin of language and patterns in language differentiation. At the Chinese University of Hong Kong, continues his research on language from an interdisciplinary perspective, involving engineering, linguistics, and biological sciences.

A complete list of Professor Wang's publications is here.