The 2018-2019 colloquium series continues this coming Monday, February 11, with a talk by our own Larry Hyman. Same time as always, same place as always: 3:10-5 p.m., 370 Dwinelle Hall. The talk is entitled "The Fall and Rise of Vowel Length in Bantu", and the abstract is as follows:

Although Proto-Bantu had a vowel length contrast on roots which survives in many daughter languages today, many other Bantu languages have modified the inherited system. In this talk I distinguish between four types of Bantu languages: (1) Those which maintain the free occurrence of the vowel length contrast inherited from the proto language; (2) Those which maintain the contrast, but have added restrictions which shorten long vowels in pre-(ante-)penultimate word position and/or on head nouns and verbs that are not final in their XP; (3) Those which have lost the contrast with or without creating new long vowels (e.g. from the loss of an intervocalic consonant flanked by identical vowels); (4) Those which have lost the contrast but have added phrase-level penultimate lengthening. I will propose that the positional restrictions fed into the ultimate loss of the contrast in types (3) and (4), with a concomitant shift from root prominence (at the word level) to penultimate prominence (at the intonational and phrase level). In the course of covering the above typology and historical developments in Bantu, I will show that there are some rather interesting Bantu vowel length systems that may or may not be duplicated elsewhere in the world.

Bardagil Mas in Brazil
Postdoc Bernat Bardagil Mas is currently in Brazil for fieldwork with Mỹky and Panará until mid-March. He sends the following update on his activities there:
Recently published by Bernat, in collaboration with Charlotte Lindenbergh, is a Linguistics in the Netherlands paper entitled "Realigning alignment - The completeness typology applied to case marking in Jê languages".

Some new updates from the Survey of California and other Indian Languages regarding activities for 2019 so far:

In addition, there will be talks on mass/count related phenomena in Mandarin Chinese, Arabic, Kipsigis, Hungarian, Romanian, and English. All are welcome. Check out the full schedule here!

The Survey of California and Other Indian Languages has just sent along some updates on its activities in Fall 2018:

Stay tuned for more Survey updates from this new year!

A new article by Stephanie Shih (BA '07) and Sharon Inkelas on Autosegmental Aims in Surface-Optimizing Phonology has just appeared in Linguistic Inquiry. Congrats, Sharon and Stephanie!

More winter break updates
Previously on Calques we heard from a range of linguists about their winter break activities. Here's two more:

Recent alumnus and current Googler Michael Greenberg (BA '16) writes to share news of Google's recently announced Interpreter Mode feature, on which he was the principle designer. He writes, "The feature is a synthesis of so much I learned at Cal, from cognitive linguistics to phonetics, language learning, and language acquisition." Check out this article about the "potentially world-changing" Intepreter Mode feature to learn more!

The 2018 edition (volume number 14!) of the UC Berkeley PhonLab Annual Report is now up at https://escholarship.org/uc/bling_reports. This year's report includes 15 papers by faculty, students, and alumni:

Keith Johnson says: We have also moved all of the back issues of the Annual Report to escholarship.org where the archive will be indexed and maintained in perpetuity (thanks for the nudge in this direction, Andrew Garrett; and thanks to Ronald Sprouse for the technical support).

The Proceedings of SALT 28 are now available through the LSA's open access online platform. This year's edition contains three papers by faculty and/or alumni:

The journal Snippets has recently released a special issue on Non-local Contextual Allomorphy. Included in the volume are two short papers by Berkeley linguists:

Congrats, Yvette, on your first publication!

Long time, no Calques! What have linguists been up to over winter break? 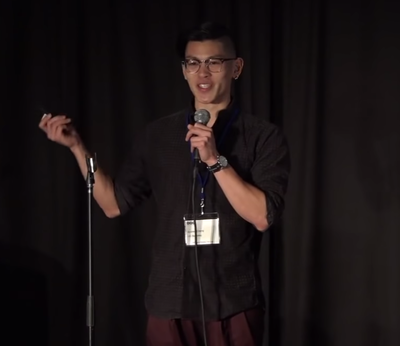 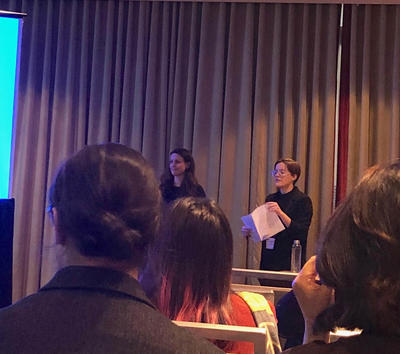 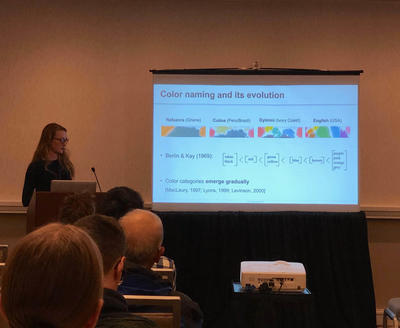 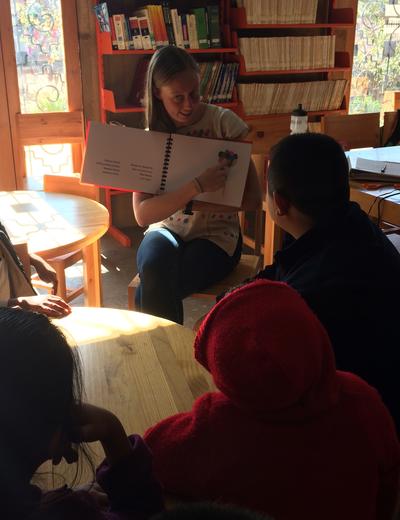 Did we miss you in this winter break linguist round-up? Let us know for next week's Calques!

Kenny Baclawski will be traveling to Muenster, Germany, this week for the Information Structure in Spoken Language Corpora (ISSLAC3) Workshop, where he will speak on Topic, Focus, and Wh-Phrases in Cham and Moken. Then he will travel on to the University of Geneva to give an additional talk there.