Congratulations to Nik Rolle (PhD 2018), mom Amy, and big brother Jude on the birth of Grace Elisabeth Deverell on October 7. 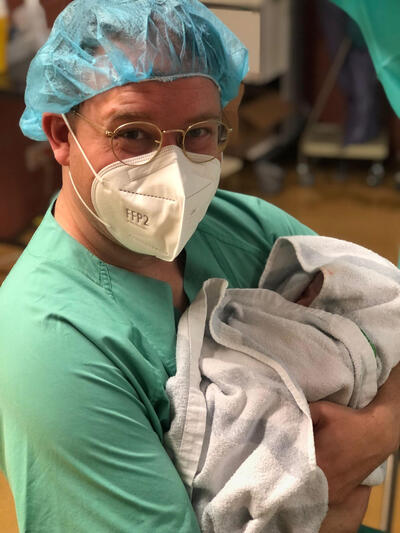 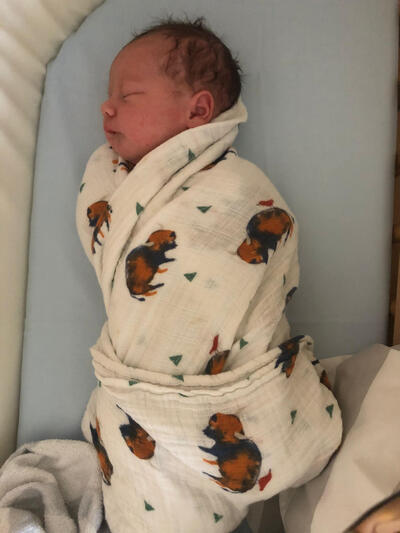 Updates from our graduating seniors 2022

We wrote to our soon-to-be and recent undergraduate alumni (from 2022 and 2021) for updates on their plans after graduation. Here are the stories they shared with us:

Congrats to Julia Nee (PhD 2021), along with coauthors Genevieve Smith, Alicia Sheares, and Ishita Rustagi, on the publication of a new article titled "Linguistic justice as a framework for designing, developing, and managing natural language processing tools" in Big Data and Society! There's a blog post summary of the article here.

Calques is happy to pass along the following update from Keith Johnson and Sharon Inkelas:

Congratulations to Meg Cychosz (PhD 2020) who has just accepted a tenure-track appointment in the Department of Linguistics at UCLA!

Congratulations to Fey Parrill (BA 2000 with linguistics dept. honors; co-founder of the Berkeley Gesture and Multimodality Group), who has been promoted to Full Professor in the Department of Cognitive Science at Case Western Reserve University!

Congratulations to Alice Shen (PhD 2020), who has accepted a position as a computational linguist at Grammarly!

Alejandro Granados Vargas (BA 2013) was admitted into the PhD program in Education, with an emphasis on Human Development in Context, at UC Irvine. His research area will be in bilingual language development in language impaired children. Congratulations, Alejandro!

Matt Faytak (PhD 2018) reports that, after a 2 year post-doc/lecturer position at UCLA, he has accepted a position as an Assistant Professor at SUNY Buffalo, and will start this August. Congrats, Matt!

Calques is saddened to report the passing of colleague and Berkeley Linguistics PhD alumnus Tucker Childs. We are forwarding the announcement sent out to students in Applied Linguistics at Portland State:

With heavy hearts, we are writing to tell you that Professor Tucker Childs passed away yesterday, January 26, 2021. As many of you know, he was admitted to the hospital at the beginning of January. Unfortunately, Tucker was not able to overcome the complications of legionella. He passed away peacefully with his wife and daughter at his side.

If you would like to offer Tucker's family your condolences or help celebrate Tucker's life by sharing a fond memory of your time with him , please visit his memorial page: https://www.inmemori.com/tchilds-u42cg

We will be in touch about memorial events for the department community soon. Even before that, please don't hesitate to reach out to each other and to faculty as we all grieve the loss of our professor, mentor, and colleague. This sad time is even harder since we can't come together physically, but we can still be a community. [...]

In lieu of sending flowers, please consider donating to the Sherbro Foundation—a non-profit dear to Tucker, which empowers rural Sierra Leone through education and agriculture development. Tucker was also a great supporter of the Nattinger Scholarship in our department. You can make a donation in his memory through the PSU Foundation.

Our hearts go out to Tucker's family and to all who knew Tucker. He will be greatly missed.

The Faculty and Staff of Applied Linguistics 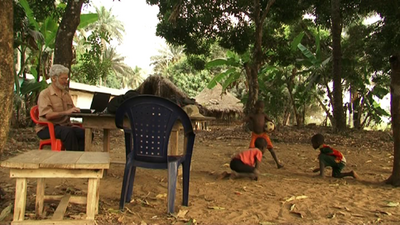 Congratulations to Amalia Skilton (PhD, 2019), who will begin a 3-year Klarman Fellowship at Cornell University in July 2021. Klarman Fellowships "provide postdoctoral opportunities to early-career scholars of outstanding talent, initiative and promise. Among the most selective of its kind in the country, the program offers independence from constraints of particular grants, enabling the recipients to devote themselves to frontline, innovative research without being tied to specific outcomes or teaching responsibilities."

Congratulations to Amalia Skilton (PhD, 2019), who has been awarded the SSILA Archiving Award in Honor of Michael Krauss! From the official announcement:

The committee recognizes the Ticuna Archive, assembled and archived by Amalia and housed at the Survey of California and other Indian Languages. The archive stands out not only for the breadth of materials which it contains, but also for its meticulous organization and curation, which are documented in the guide to the materials, and published in Language Documentation and Conservation. In addition, the committee particularly notes the level of community-engagement exemplified by Amalia’s discussion of ethics and permissions associated with the collections and the level of accessibility of the collection. Amalia lives up to the spirit of Michael Krauss in creating high standards for documentation and archiving and at the same time as contributing to linguistic theory through her research on such topics as deixis, language acquisition, and Ticuna grammar.

The Society for the Study of the Indigenous Languages of the Americas (SSILA) has announced that the Mary R. Haas Book Award has been awarded to Amalia Skilton (PhD, 2019):

Dr. Amalia Skilton (University of California, Berkeley) has been awarded SSILA Mary R. Haas Book Award for her thesis Spatial and Non-Spatial Deixis in Cushillococha Ticuna. This dissertation is an exquisite piece of work in both methodology and the theoretical contributions. The replicability of the several experiments—both with other Ticuna speakers and cross-linguistically—is a highly desirable feature in the context of the study of Indigenous languages. It also makes important theoretical contributions to the area of semantics and pragmatics of demonstratives, providing evidence that demonstratives encode visibility contrasts. This finding challenges the current dominant view that demonstratives carry information regarding distance but do not encode perceptual deictic content. The study also provides evidence that demonstratives do not contrast necessarily in terms of ‘distance’ between speaker/addressee and referents, but in terms of ‘peripersonal space,’ the space within reach of the speaker.

Kelsey Neely (PhD, 2019) was selected for an honorable mention for the award:

Dr. Kelsey Neely (University of California, Berkeley) has also been selected for honourable mention for The Linguistic Expression of Affective Stance in Yaminawa (Pano, Peru). The committee praised this thesis for its comprehensive nature, consisting of both a grammar of Yaminawa with context-rich examples and a detailed study of affective stance, and for its potential broader impacts of the work, particularly with respect to language education.

Congratulations to Christian DiCanio (PhD, 2008) who has been awarded tenure at Buffalo!

The program for the 51th annual meeting of the North East Linguistic Society (to be hosted virtually by the Université de Quebec à Montreal) has just been released, promising the following presentations by current department members and recent alumni:

Congrats to Geoff Bacon, who recently filed his dissertation Evaluating linguistic knowledge in neural networks and has just taken up a position as a computational linguist at Google!

Congratulations to Drs. Cheng, Cychosz, Dawson, and Shen who have recently completed their dissertations!

The dissertations are all available on our departmental website.

In connection with the campus celebration of the 150th anniversary of the first women students at the University of California, the linguistics department has made a web page honoring some of the many women who have contributed to our work over the last 120 years:

This may expand or evolve in the coming days and months. The committee that put the page together (Madeline Bossi, Margaret Cychosz, Andrew Garrett, Zachary O'Hagan, Emily Remirez, and Tessa Scott) is very grateful to the many contributors who wrote thoughtfully and shared pictures.

Our alum Jenny Lederer (PhD, 2009) has been promoted to Associate Professor with tenure in the Department of English Language and Literature at San Francisco State University. Congratulations, Jenny!

Congratulations to Charles B. Chang (PhD, 2010) who has been awarded tenure at Boston University!